Vlogging is an art. It requires a vision and creative storytelling ability.

The simple idea of video blogging has now evolved to become an exciting career option for many youngsters.

Unlike many vloggers who start out and quit shortly, there are some who have mastered this art with consistent hard work and improvisation.

This article takes a look at the top 15 vloggers to follow right now. These vloggers have been in the vlogging world, have excelled in their niche, and built a strong fan base. 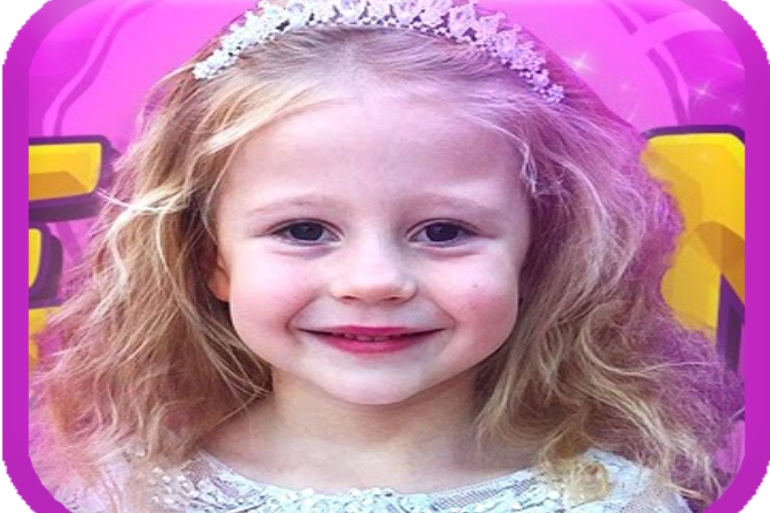 Natsya was born with cerebral palsy in southern Russia. Her YouTube journey started when her parents started posting videos of her development through treatments so that her friends and relatives could see the progress.

Today, she makes videos of her playing with toys and going on adventures with her family. Her biggest hit was a video of her trip to a petting zoo with her father. She managed to garner 767 million views from just that video. 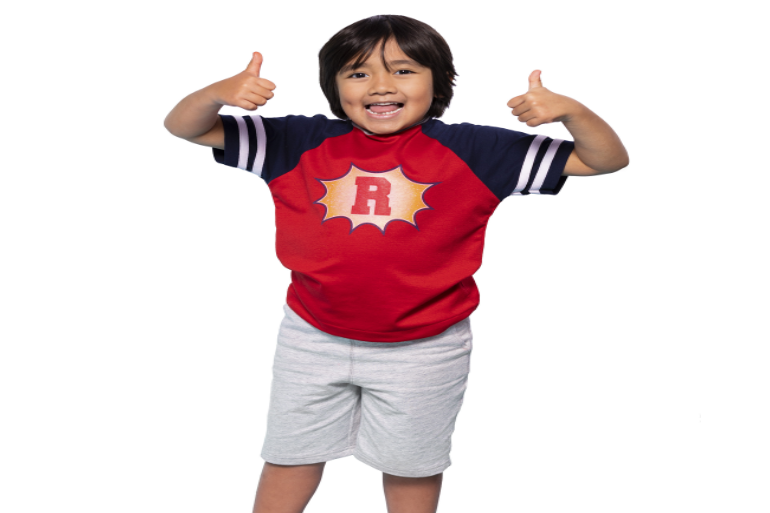 RyanToysReview is the highest-earning YouTuber for the last 3 years. And guess what, he too is only 8 years old.

Ryan started out by making videos on YouTube with his family. He features his family playing with toys and reviewing it. Though it looks easy on the outside, there’s a lot that goes behind.

As of today, Ryan has more than 28 million subscribers on his channel. One of his videos even managed to gather a remarkable 1.8 billion views. If you have a child or like to see how you make millions from YouTube, you should follow this guy. 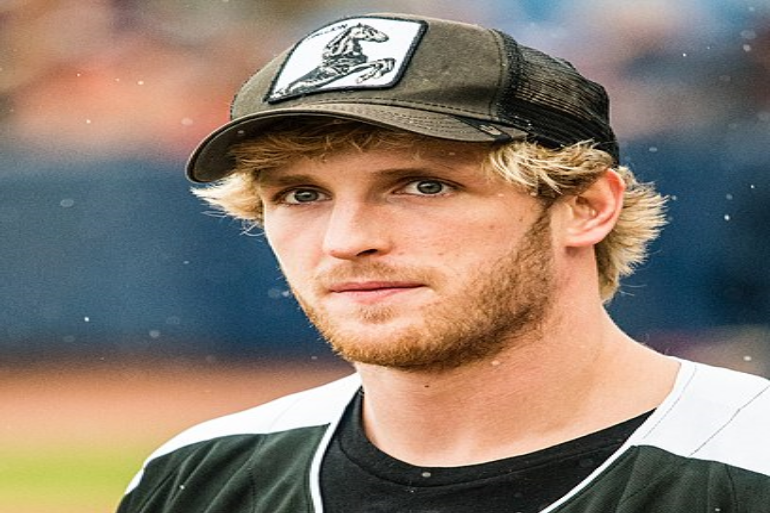 Logan Paul has to be one of the most controversial yet massively popular YouTube stars. He is also among the highest-paid YouTubers in the world.

Despite the turmoil in 2017/18, Logan Paul still has a huge fan base with 20 million subscribers. Thanks to his charming looks and humorous content. He’s known for posting content that is witty, humorous, pranks, boxing matches, or regular fun videos.

This YouTube start has been around as an entertainer since the days of Vines, a popular video-sharing app. Love him or hate him but you surely need to follow him for absolute entertainment. 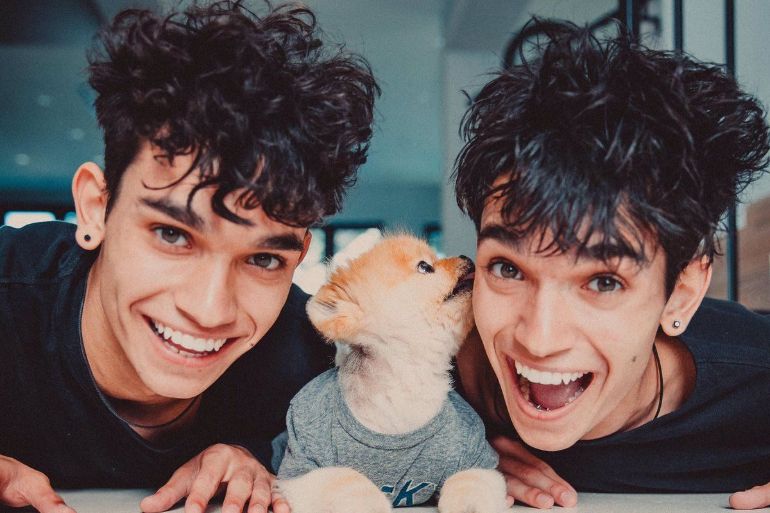 Lucas and Marcus, also known as “the Dobre twins” are American duos who produce a variety of content through their YouTube channel.

Making their way through Vine, they have built a collective empire on YouTube with 20.3 million subscribers following them. They create and curate contents like pranks, skits, challenges, dance videos, gymnastics, music videos, etc.

They have also featured popular celebrities like Lil Pump,6IX9INE, and such. Their net worth is estimated at around $18 million. Just like the Jake brothers, this duo built their fan base from Vines and eventually joined YouTube. However, unlike Jake brothers, they have a single channel and are still together. 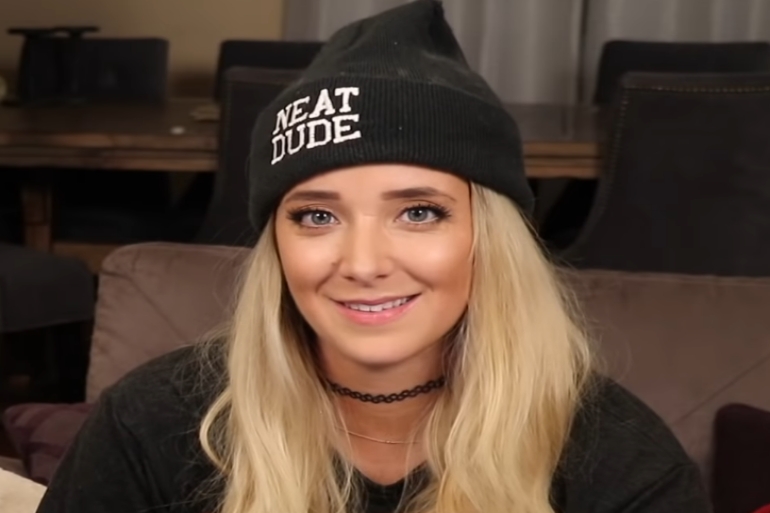 Jenna Nicole Mourey is a popular daily life vlogger who makes vlogs on any random topics from comedic commentary, beauty tutorials, cooking tutorials to random videos with her pets. She is popularly known by her channel’s name Jenna Marbles.

Over time, her channel has managed to get 20.4 million subscribers being the 8th most popular channel operated by a female. Every Wednesday or Thursday you get to see new content on her channel.

She is the only YouTuber who has her own wax statue in Madame Tussauds. That’s one reason why you need to follow her. 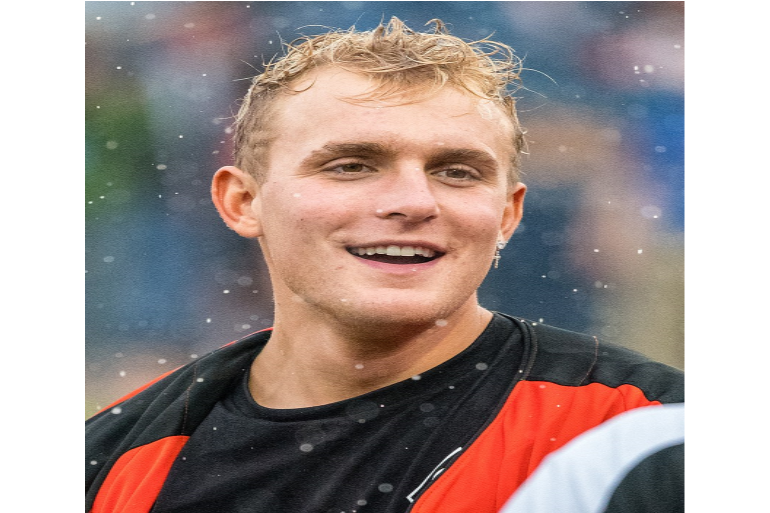 Another of the notorious Paul brothers, Jake Paul is an American celebrity who rose to fame through vines. His contents are mainly focused for teens. These include songs, vlogs, pranks videos, skits, boxing matches, and random videos of Jake catching up with his friends.

Through his videos and merchandise, he was able to earn a whopping $21.5 million dollars making him one of the highest-paid YouTubers in 2019. Popular brand endorsements and huge fan following earned him his career-best income in 2019. 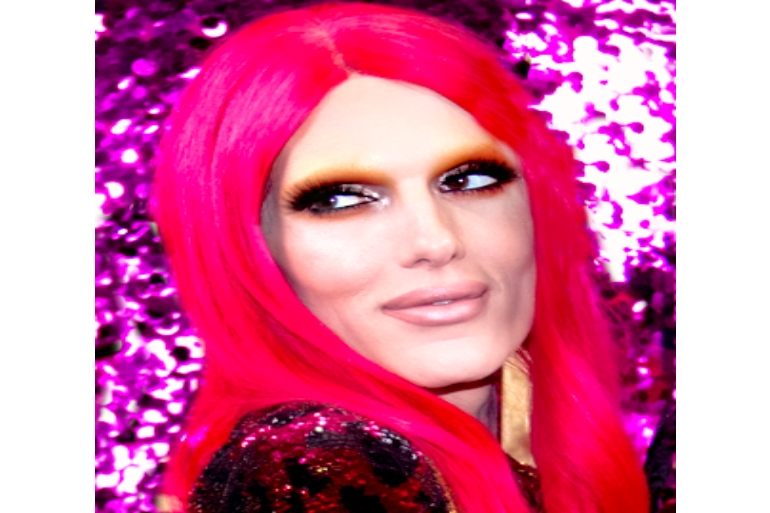 Jeffree Star who is also the founder of Jeffree Star Cosmetics, is an internet celebrity, YouTuber, Make-up artist, and songwriter. He creates videos on beauty tips and tutorials and publishes them through his YouTube channel.

He’s one of the most iconic YouTube celebrities who has worked as a make-up artist for popular celebrities and thus has an astounding fan following. His channel has 18 million subscribers and over a billion views.

Besides, he is an investor expanding his brand across multiple platforms. For professional beauty tips, do not miss out on this channel from Jeffree Star. 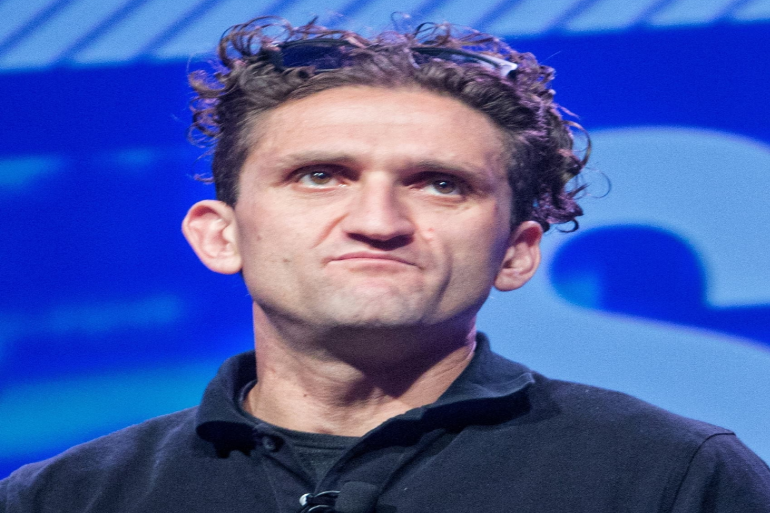 Casey Neistat is a pioneer in the world of vlogging. He built his loyal fan base with his contents that are unique and engaging. With over 12 million subscribers, Casey is a well-known name who is loved for his hard work that shows in his tasteful shots.

For thousands of vloggers who’re just starting out, he’s an inspiration. His meticulous storytelling abilities and his personality make him stand out from the crowd of vloggers. He documents his regular life and builds up stories that are interesting.

If you want to try out vlogging for yourself or want to watch high-quality vlogs, go out and follow this YouTube channel right away. 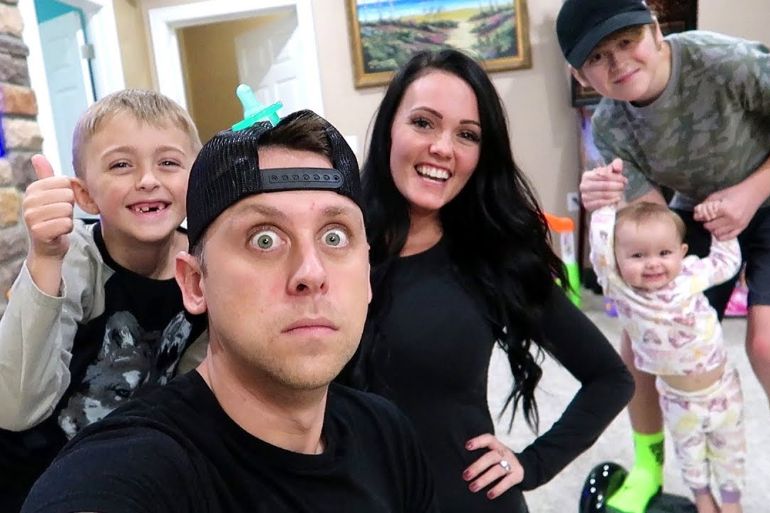 Roman Atwood is a legend when it comes to prank videos. In a short time, he performed insane pranks on people and was one of the highest-earning YouTuber once. But, things have changed now. RomanAtwoodVlogs is his new channel where he vlogs about his daily life.

You can always expect an exciting content from the prank master. Follow him if you haven’t already. 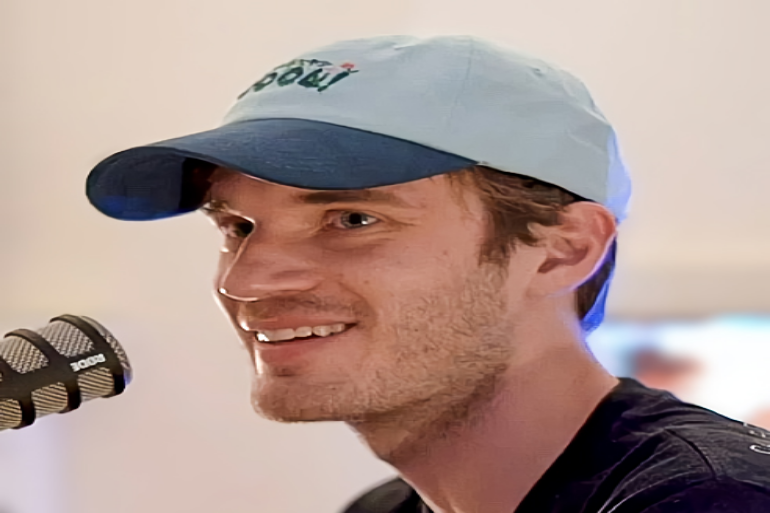 Pewdiepie is a YouTube channel run by 29-year old Swedish YouTuber, Felix Arvid Ulf Kjellberg who’s a comedian and a gamer. It was the highest viewed YouTube channel from 2014 to 2017. One good reason for that was the controversy surrounding the channel.

Other than that, Pewdiepie is known for his contents of gaming commentary, funny skits, commentary on memes, and viral videos. His contents are engaging and creative too. No wonder, he has an astounding 104 million subscribers.

If you’re a fan of commentary-based content, there’s no channel better than this. So, go follow the channel immediately. 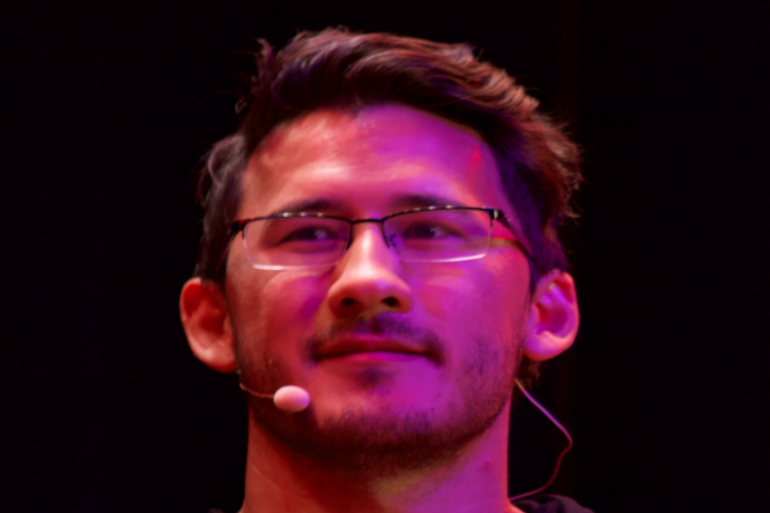 Mark Edward Fishbach is the man behind the popular channel Markiplier. This 29-year-old Hawaii native makes vlogs specializing in-game commentary. He also makes fun videos with his friends and vlogs about his daily life.

His channel makes him millions annually with views above 10 billion and subscribers around 25 million. His association with popular brands and his own line of clothing makes him a successful vlogger listed in the list of highest-paid YouTubers.

His sense of humor and uniqueness is excellent. Do not miss it. 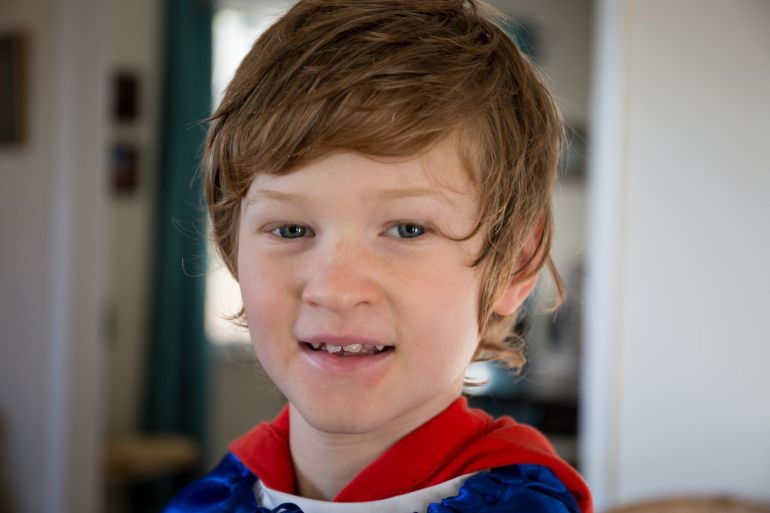 Dan Middleton goes by his channel’s name DanTDM on YouTube. This British gamer has been in the highest-earning list continuously for years now.

His niche is gaming. Basically, he plays on camera and makes videos that are engaging and entertaining to watch. He has a dedicated fan following of 22 million subscribers. He specializes in Minecraft but is also seen playing other games like Fortnite.

With views of more than 13 billion, Dan makes a hefty sum of $18.5 million yearly from YouTube, merchandise, and such. You should definitely follow him if gaming is your niche too.

Dude Perfect is a group of 5 friends who perform trick shots, shoot sports videos and break records. While these high school friends are having fun, they also put a lot of effort into making their videos. That’s the reason for their unmatchable success.

The channel Dude Perfect has more than 8 billion views and 50M subscribers. This sums up their net worth over $20 million. Their videos are so interesting that they have even managed to get their own show.

There’s a lot you can learn from this group of friends. Follow right away and be entertained and inspired. 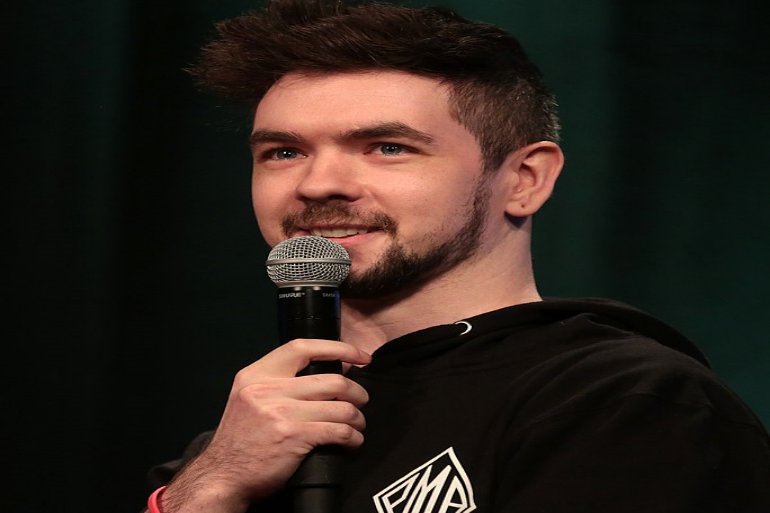 Sean William McLoughlin a 29-year-old vlogger from Ireland who runs the popular channel Jacksepticeye. McLoughin is a top YouTuber in Ireland with a net worth of more than $16 million.

McLoughlin is a hard-working person who uploads at least two videos regularly. Besides, he also produces exclusive content for the Twitch platform and also does voice acting for various video characters. He’s never-ending energy which you can see in his commentary videos.

For YouTubers who are just starting out, Jacksepticeye is a channel you must follow. There’s a lot you can learn from this channel to keep you inspired and motivated. And also how to make quality content. 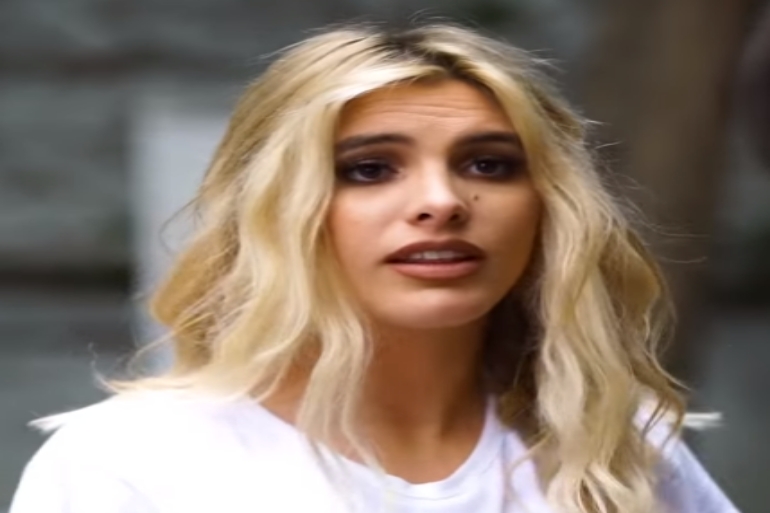 Eleonora “Lele” Pons Maronese is an American internet celebrity who goes by the name “Lele Pons” on Youtube. She produces content such as comedy sketches, jokey songs, and interviews. Her content is engaging and entertaining.

This has helped her gain over 16M subscribers and over 3 billion views. Just like some other YouTubers on this list, she too started out as a Viner. Besides YouTube, you can also see her doing music videos, TV shows, and such.

In her own words, she once said “I’m not like cool girls – I’m the other girl. The one that’s basically nerd but proud of that”. If you like to produce creative and fun videos, there’s a lot you can long from following her. 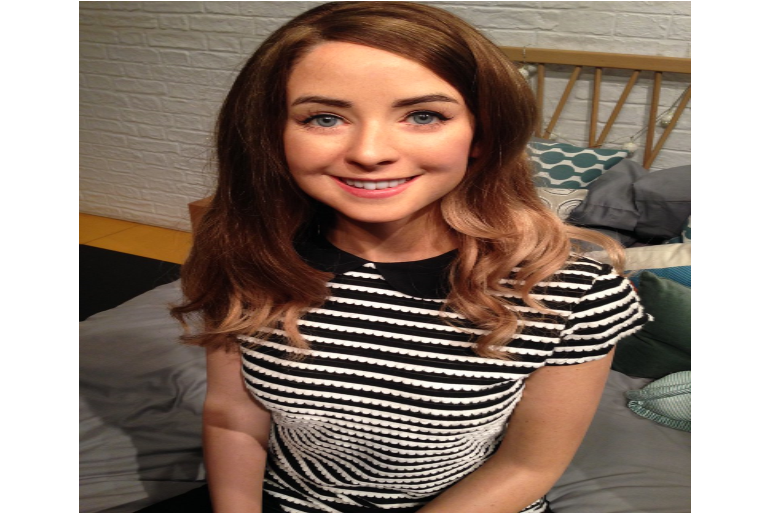 Zoe Sugg is an English YouTuber, vlogger, businesswoman, and author known by her YouTube name Zoella. Starting out as a blogger, Zoella gradually gained popularity and started her own YouTube channel in 2009. She specializes in her niche of beauty and lifestyle.

She started as a teen posting haul videos but has now branched out to a variety of contents such as her shopping acquisitions, “day in the life”, vlogs and such. As of this day, she has 11 million subscribers with over 1 billion views.

She has built a huge empire of merchandise relating to beauty and lifestyle. She also writes novels based on the same category.

For anyone who’s starting out as a YouTuber, following these YouTubers can help you learn a lot about how you should approach and win the world of YouTube. Know your interest and follow YouTubers who are already doing the same. Knowing what they do can help you create something no one has done before.

Lastly, stay motivated, follow the right path, and keep doing what you do. Success will find your way.